The story of Walden Guitars can be traced back to the early 90’s and Walden’s eccentric and charismatic boss, Jonathan Lee. Jonathan’s forays into the world of guitar started off as a guitarist for various electric and acoustic acts in New York, San Francisco and Middletown, Connecticut. According to Jon, success during these first gigs meant getting paid just enough to pay for gas and a couple of beers.

It was around this time that Jonathan first attended a guitar building class conducted by veteran luthier Charles Fox, and his life with the instrument would be changed forever. Lee and Fox immediately found common ground with their mutual love of the instrument and soon became partners to found the CFox Guitar Company. And even while working at CFox as the Vice President and Chief Financial Officer, Lee continued to finish, buff and setup guitars even while handling the sales and marketing of the completed instruments. And by the time the CFox Company closed in 2001, Lee, Fox and their team of eight luthiers had lovingly crafted hundreds of acoustic guitars which are still highly desired today. During this time, Charles and Jonathan were working with Taiwanese musical instruments manufacturer KHS Musical Instruments to develop their guitar manufacturing project in China. Jonathan, born in Boston, Massachusetts, and an admirer of Thoreau’s work suggested the Walden name and a brand was born. Charles and Jonathan went on to create the designs and manufacturing processes that would be the beginnings of Walden guitars.

Inspired by the some of the great luthiers of our time, bridge building, and “Drillium”, Jonathan created Walden’s Low-Mass bracing design with the purpose of reducing the overall weight of soundboard bracing allowing for increased resonance, tone and harmonic content while maintaining stability. During Jonathan's time at CFOX Guitars in the mid-1990’s, they were building with 2-rails of Carbon Fiber reinforcing the necks of all the guitars. The added stiffness and stability provided numerous benefits to tone and strength. All Walden guitars incorporate this design using either Graphite or Glass-Fibre rails to increase the long term stability of our necks, improve note-to-note clarity and sustain, and eliminate wolf tones. 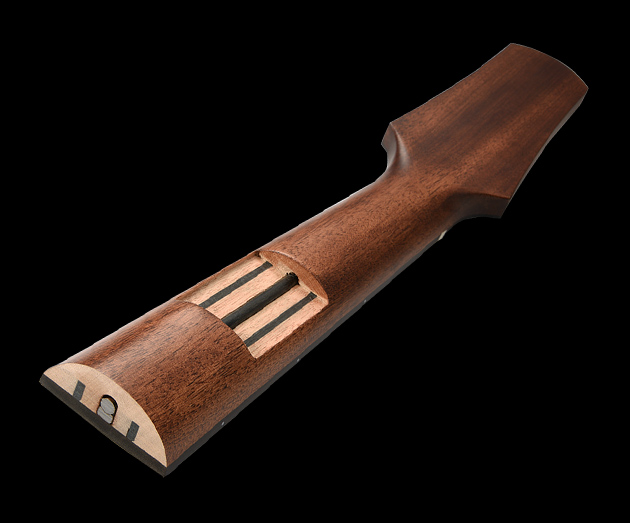